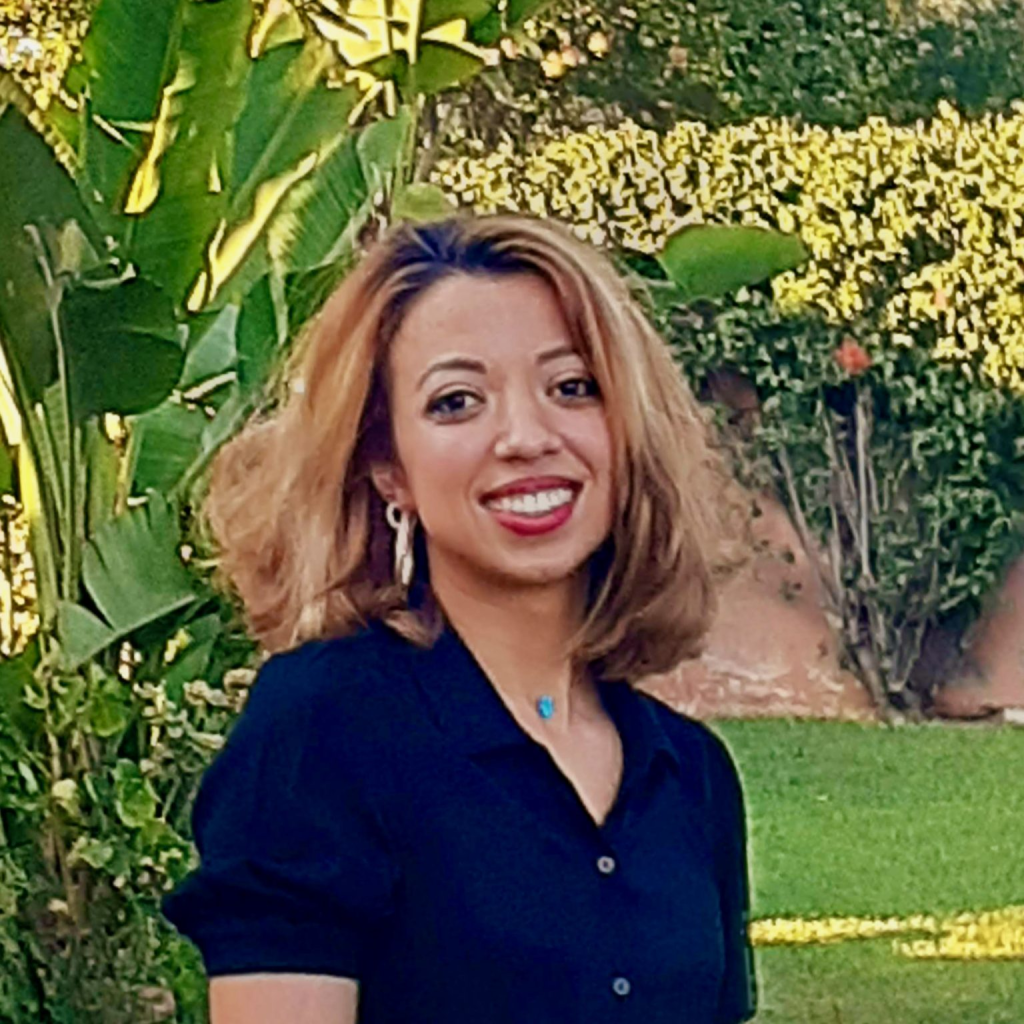 A data geek, Houda is Data and knowledge state engineer and a recent Data science master graduate from polytechnic university of Madrid. she has a background in data consulting and logistics. Her research interest lies in the application of deep learning and Bayesian inference in the field of social science and ergonomics. In this project, she will combine her knowledge and experience in data science with her new skills in human factors to build a model for a real time assessment of human performance in the context of a Human-machine interaction environment. 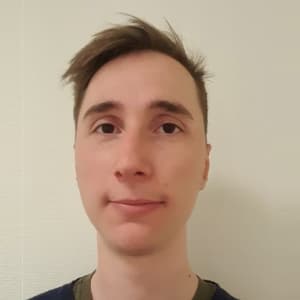 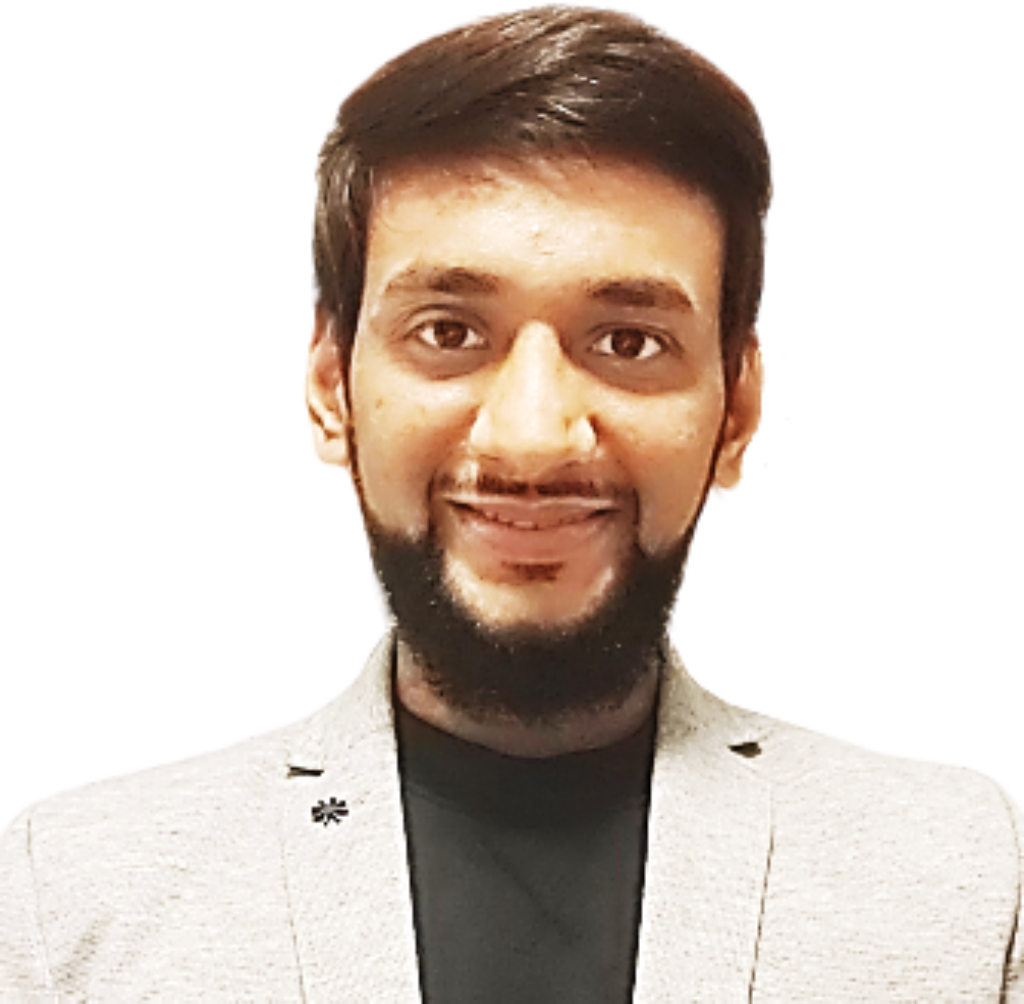 Ammar has a master's degree in Mechatronics through the Erasmus Mundus program (Egypt, France, & Spain) and currently pursuing a Ph.D. in Deep Reinforcement Learning under the Marie Skłodowska-Curie fellowship program (Austria, Ireland, Italy). His objective is to improve the deficiencies of society with technology. He has done his bachelor’s in Mechanical engineering from Pakistan and his research interest starting from Mechatronic systems and structures converges to Robotics and Artificial Intelligence (AI). He has several experiences under different startups related to STEM education and robotics companies. Further, innovative Green Energy Technology is his another field of interest. In this project, he is focusing on the optimal decision-making process in safety-critical systems such as industries (detecting anomalies and prescriptive maintenance, optimizing the quality of the product, process scheduling, etc) or in the human-robot collaborative environment. The idea is to use the "Reinforcement Learning approach as an online learning method", considering human-in-the-loop setting by combining the shared mental models of human experts or operators with the data-driven explainable and interpretable AI.

Carlo received his Bachelor of Science degree in Mechanical Engineering in November 2017 at the University of Naples Federico II, Italy. At the same University, he achieved the Master degree in Mechanical Engineering for the Design and Production, defending successfully the experimental thesis about the analysis of the materials’ viscoelastic behavior by means of ML techniques. Nonetheless, during his academic studies, he was actively involved in Erasmus projects in Naples, taking part in an Erasmus national association. From March to September 2021, he pursued an internship toward a start-up, spin-off from the University of Naples Federico II, Italy. In the project, he focuses on the architecture to acquire real-time physical ergonomic assessment in the workplaces of the future.  His subject is connected to the question of the overall architecture of the system that will be necessary to use record and interpret physiological data for physical ergonomic assessment in Industry 4.0 settings for everyday tasks. It is critical not only to record and interpret the data, but also to propose an optimal strategy to timely communicate the important work-related information to the worker. 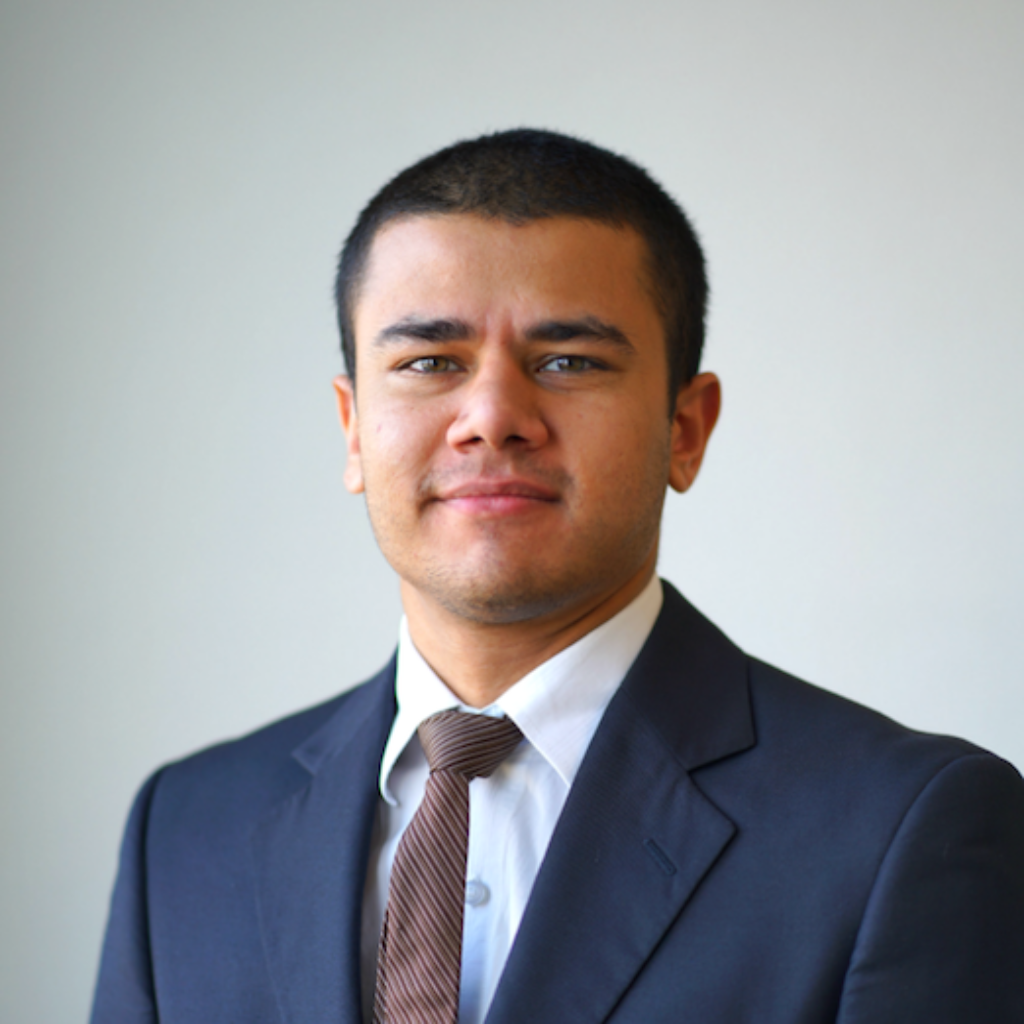 My PhD research is on the topic of Active learning for fault detection. Artificial Intelligence research has seen huge progress in the last few years, however, in practice only very simple models are often used. Through supervised learning we currently are able to perform tasks like classification and regression. However the performance of such models is limited by the amount of labelled data. Today we have more than enough unlabelled data and the problem is not data scarcity but the need for labelled data. This labelled data comes from Human annotators who have to spend countless hours doing it. This is where my research question lies, how can we design intelligent algorithms which are able to reduce this annotation cost? An answer lies in Active learning, whereby an algorithm is designed to work as a counterpart to our Human annotator, and actively seeks to learn the most valuable information, which can help it reach performance as good as a fully labelled dataset. 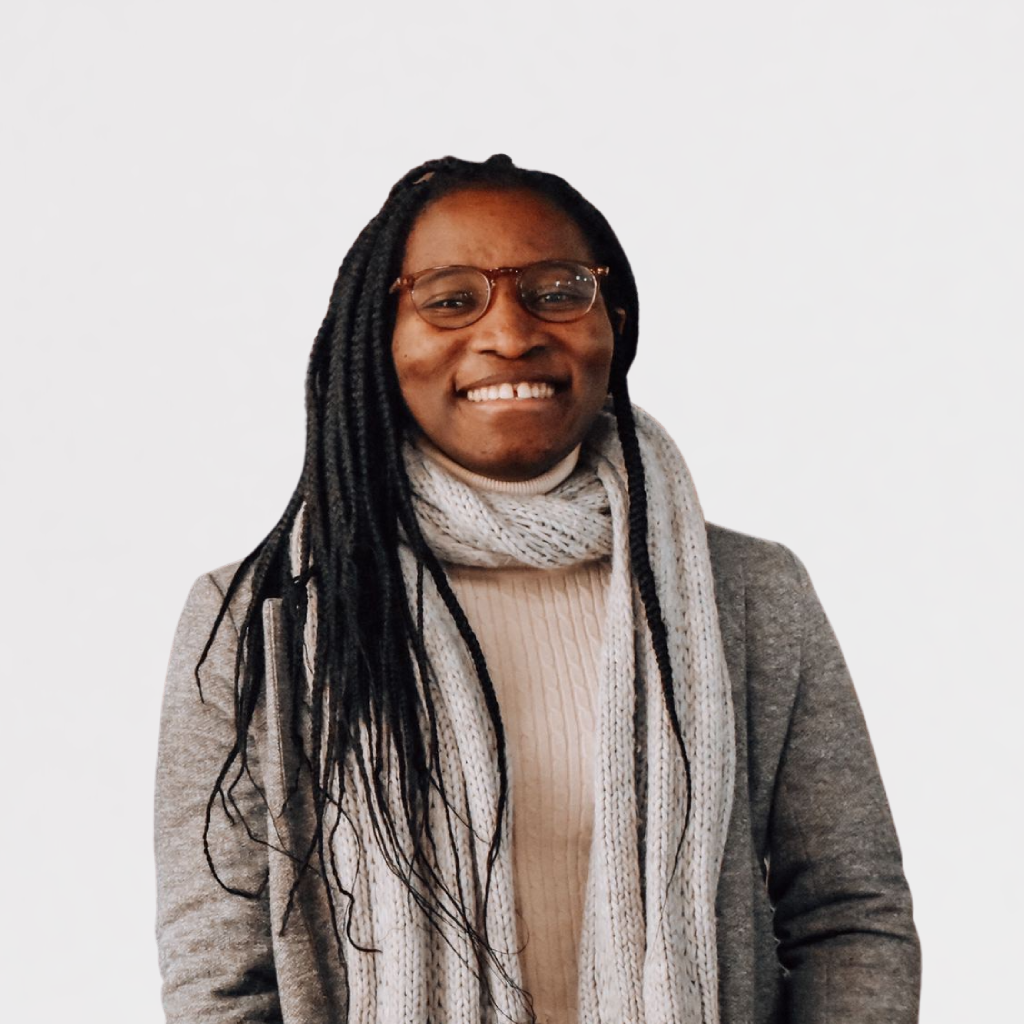 Chidera is a double degree MSc. graduate of Production Engineering and Management from OWL University of Applied Science Lemgo Germany and the University of Trieste Italy. She also has an academic background in Mechanical Engineering (Industrial and Production Major) from her first degree in Nigeria. Professionally, she has worked and garnered experience in Equipment Maintenance, Network surveillance, and Product development across several companies within Nigeria and Germany. Her passion for research and her desire to contribute to industrial development and explore topics within the context of industry 4.0 has been a driver towards her current engagement in the CISC (Collaborative Intelligence for Safety-Critical Systems) project. As an AI ESR (Early-stage researcher) in the project, Chidera would be working on modelling process safety data for Human-in loop configuration in process control. Her research aims at optimizing tolls for decisions support in the human-machine interface configurations and increasing situational awareness for safety-critical systems in the process industry and critical infrastructure (networks). She looks forward to an interesting phase and to the next few years as a human-centered AI researcher. 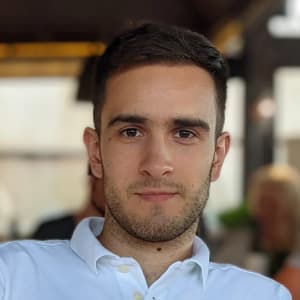 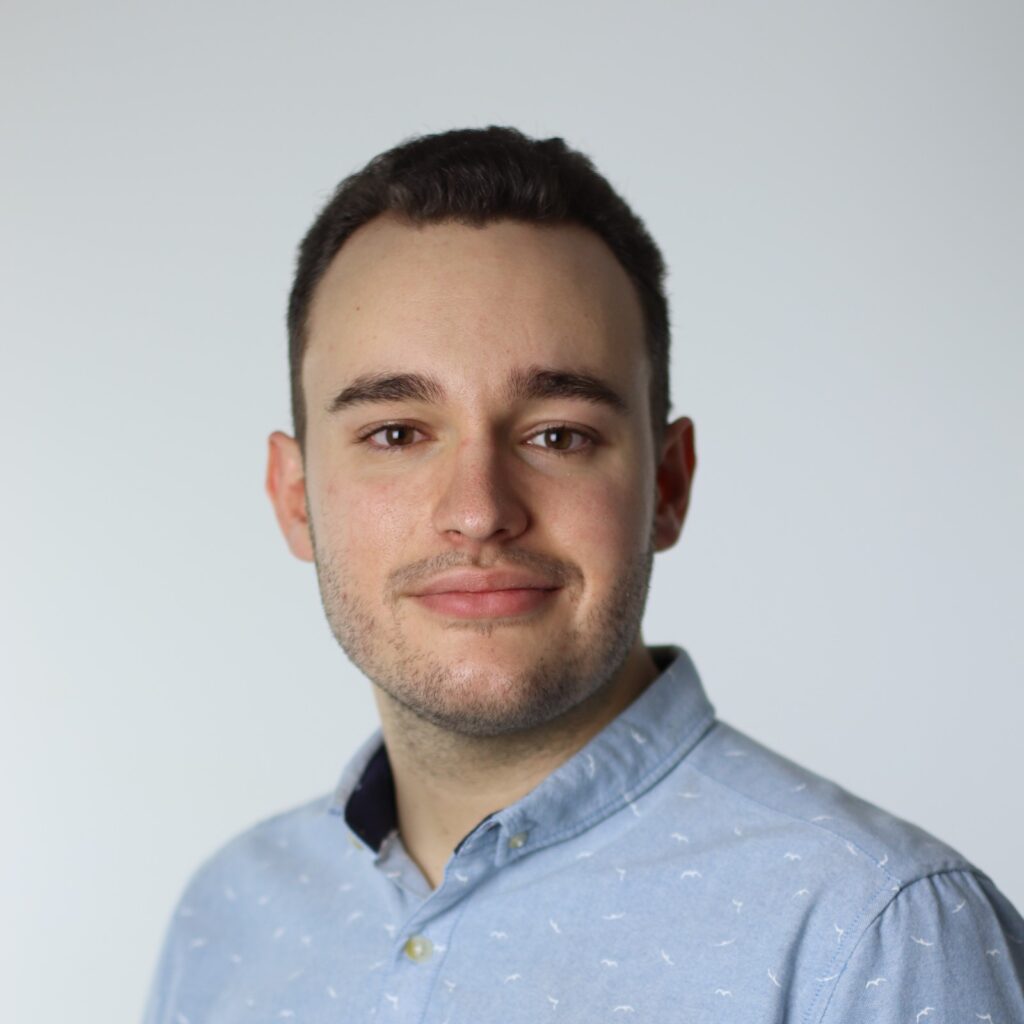 After receiving his Bachelor of Science Degree in Aerospace Engineering from the Polytechnic University of Madrid (UPM) in 2020 and going through an internship in the Spanish Airforce, Andrés decided to make a jump in his career to the world of Data, receiving the MSc. in Data Science Degree from UPM in 2021. Later, after combining his part-time work in industry with his part-time work as a researcher at UPM, he made his biggest leap yet, choosing to pursue his PhD at TU Dublin as a fellow of the Marie Skłodowska-Curie actions. For his PhD, in the field of Neuroergonomics, and with the help of the Belgrade-based start-up mBrainTrain, he is developing deep data representation methods for Electroencephalograms (EEG), that can be used with Artificial Intelligence (AI) models to assess the mental workload and, potentially, give an insight into the task allocation problem. He is also doing research on the implementation of AI in the manufacturing industry, where the human is the centre of a collaboration with the AI that has the potential of making the labour more bearable. 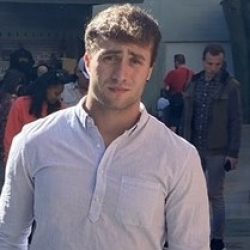 Carlos received his Bachelor of Science degree in Physics in July 2019. After that, he started his professional career in the field of Laser Physics at the Spanish Center for Pulsed Lasers where he worked as a laser technician from September 2019 to November 2021. In July 2021, he finished the Master of Science degree, a Master in Mathematical Modelling. In the project, he focuses on investigating innovative system safety engineering assessment methods applicable to automotive. This project will design experiments in a real Automotive assembly line work environment. He here will test human-in-the-loop automation performance in the context of different workstations. 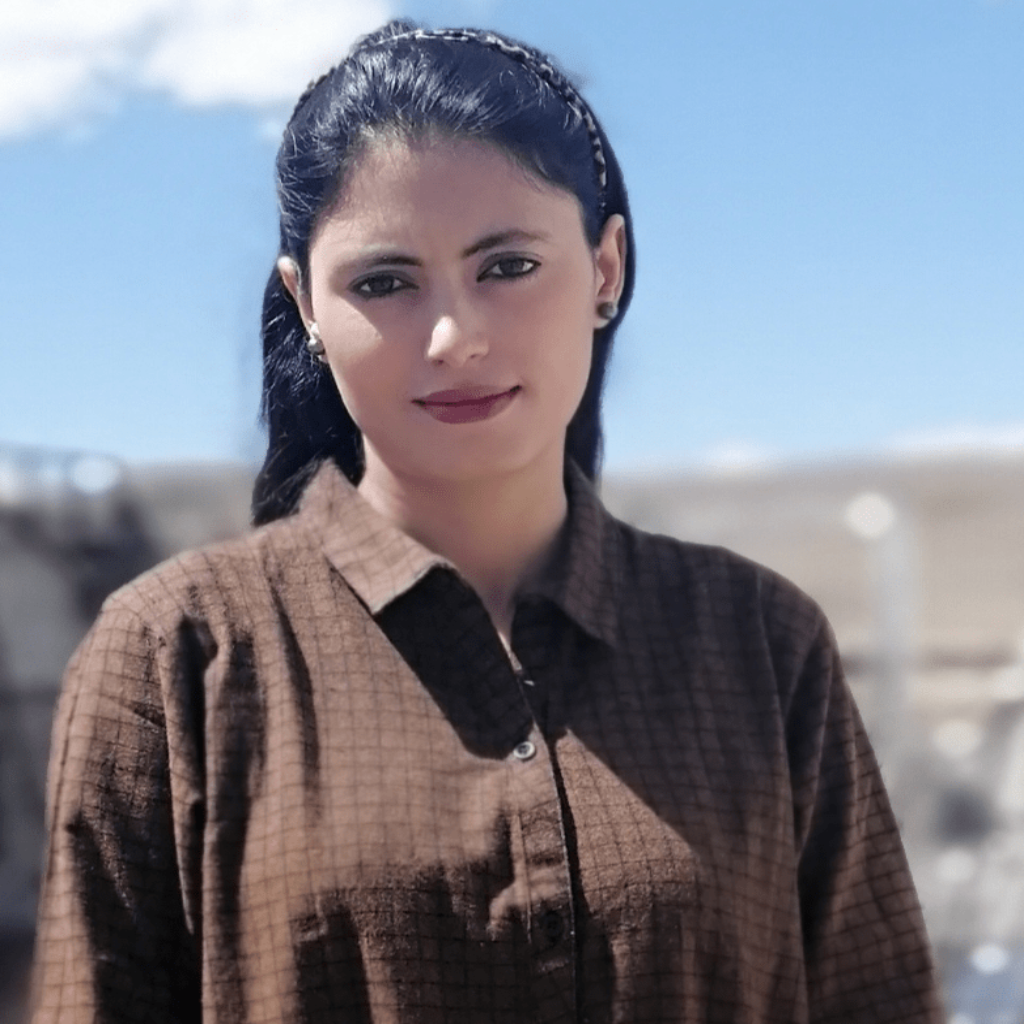 Shakra has a master's degree in Computer Science (Pakistan) and is currently pursuing a PhD in Safety assessment models in human-robotics collaboration under the Marie Skłodowska-Curie fellowship program (Ireland, Italy, and Serbia). She has done her bachelor's in Information Technology from Pakistan, and her research interests are Computer-aided assessment systems, Machine learning and Cognitive computing. She is also an ambassador of women in big data, Asian Chapter. Her aim is to minimize the industry-academia gap. In this project, her objective is to design a novel human-centric industrialization model to assist decision-making and predict risk scenarios using artificial intelligence and machine learning techniques. She is focusing on a framework that includes a standardization process and safety metrics to evaluate safe HRI (Human-robot interaction) in real-world scenarios and model system behaviour dynamics for industrial manufacturing processes. 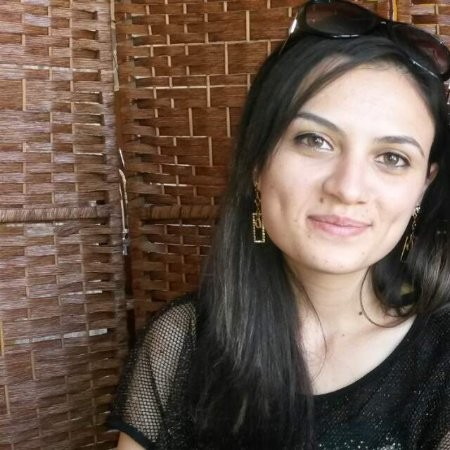 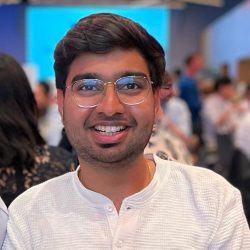 Aayush pursued his bachelor’s studies at VIT University (India), obtaining a degree in Mechanical Engineering with a thesis investigating methods for intelligent precision machining operations using serial manipulators. His passion for robotics and applied AI emerged during the course of his undergraduate studies. To further the experience, he spent two semesters at Advanced Intelligent Robots Lab in Taiwan as a Visiting Researcher. Later, He was awarded a fully funded Professors Scholarship to pursue master’s studies at the National Taiwan University of Science and Technology. His work in Taiwan introduced a novel model-based intelligent force/position compliance end-effector aimed to develop inexpensive precision machining technologies to further enable Industry 4.0 in SMEs. Many of his works are driven by his search for “intelligent” and “practical” solutions to modern-day problems. Currently, he is pursuing a Ph.D. in Imitation Learning for Safe Human-Robot Collaboration under the Marie Skłodowska-Curie fellowship program (Ireland, Italy, Serbia). In this project, he’ll be investigating how exteroceptive sensors, human-in-the-loop control architecture, and learning from demonstration can improve the productivity of a cobot cell. His aim is to develop a framework for learning human behaviors and skills through demonstration to cut down the task definition time for collaborative flexible assembly lines. 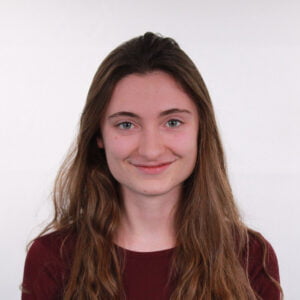 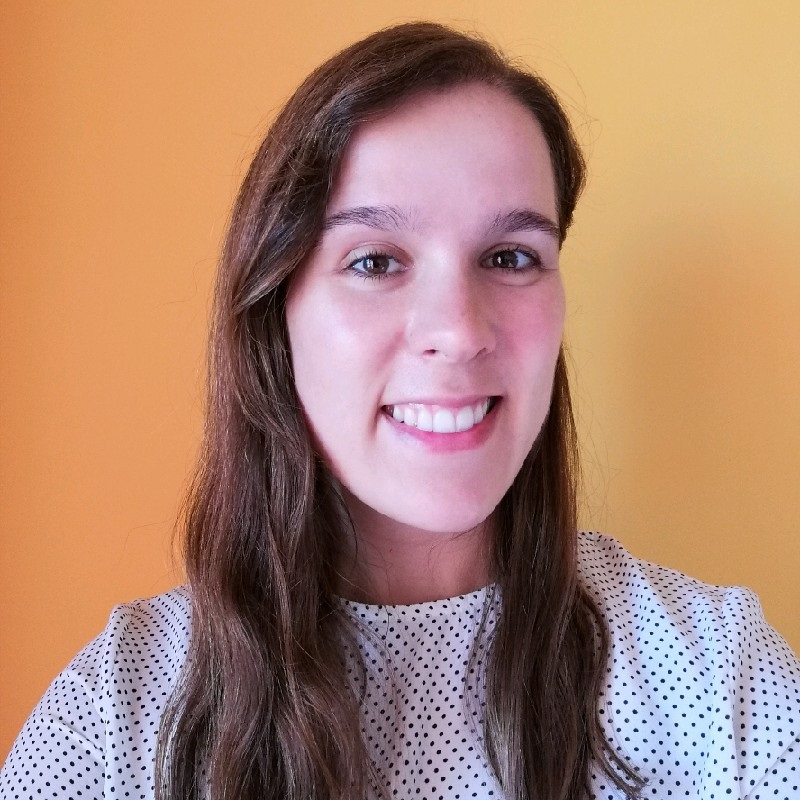 My name is Inês Fernandes Ramos, I am from Portugal and I have a masters' degree in Biomedical and Biophysics Engineering from the Faculdade de Ciências da Universidade de Lisboa (Faculty of Sciences of the University of Lisbon). I did a 1 year internship at EMBL Rome in the field of computational visual neuroscience, and now I am a Ph.D. student at the University of Milan (UNIMI), working in the ESR project 8 to identify reliable predictors of human performance in safety critical human-computer interactions, through the use of explainable deep learning techniques.
Manage Cookie Consent
To provide the best experiences, we use technologies like cookies to store and/or access device information. Consenting to these technologies will allow us to process data such as browsing behaviour or unique IDs on this site. Not consenting or withdrawing consent, may adversely affect certain features and functions.
Manage options Manage services Manage vendors Read more about these purposes
View preferences
{title} {title} {title}